Lizza Littlewort is originally from Cape Town, where she grew up among the ancient forests of Table Mountain.

Her mother was a botanist working with the Parks Board to save the forests of alien vegetation. Her whole family is profoundly linked to these trees and the floral kingdom of the Western Cape, which is the oldest and most diverse in the world. It lies at the centre of her inspiration as an artist.

Lizza now resides in California. She uses oil paint to make gently piercing comments about society’s struggles with exploitation of each other and the natural environment. Her working process engages with experimental use of paint which contributes to a surreal quality that helps her express our strange and alien relationship with the global conditions we face.

Lizza Littlewort was awarded a post-graduate diploma in Fine Art from Cape Town University in 2000. She also holds degrees in Architecture and Literature, both of which have helped deepen her understanding of thought-provoking art in built environments.

Since 2000, her work has been collected by the British Nando's Collection and she has had 9 solo shows of painting, to critical acclaim.
Dr Wamuwi Mbao wrote "The exhibit forces the artworks to yield new meanings about their creation. Her absurdism implicates the viewer, as [her work] challenges our passive consumption of canonical art." 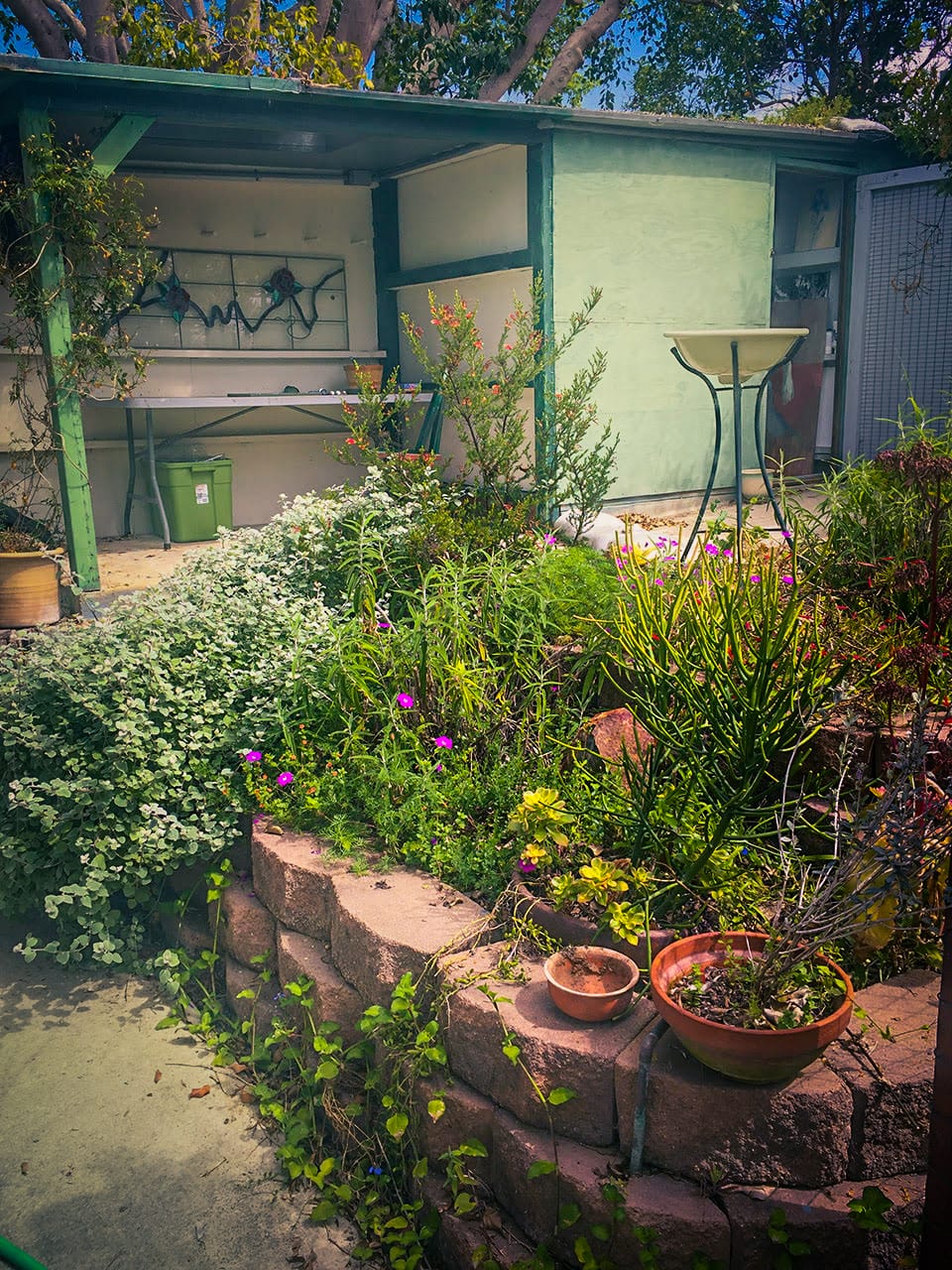 My studio in my sister's garden in Solana Beach.
Lizza Littlewort